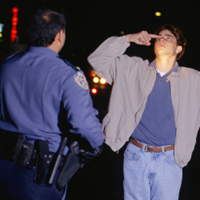 Are you facing traffic offense charges such as excessive speeding, reckless driving, DUI, driving while suspended, texting while driving or driving without insurance? If so, you need the help of our skilled Chester County traffic violation lawyers as you will want to do everything possible to protect your driving privileges.

First and foremost, recognize that, even if you are issued a traffic ticket by an officer of the law, you are still considered innocent until proven guilty. Although no official statistics are available for the state of Pennsylvania, it is well known that many traffic tickets around the United States go uncontested. If you do not choose to contest your traffic ticket, then you will be responsible for whatever penalties the officer has assigned and will waive many rights. This is why it makes sense to consult with a Pennsylvania Traffic Ticket Defense Lawyer. Call the Traffic Attorneys at Donze and Donze at 610-444-8018 or email their law firm.

Of course, there are many forms of moving violations in Pennsylvania that are quite serious. In fact, traffic laws are much more complex than they might seem at first. Let’s review some of the most significant forms of traffic charges in Pennsylvania and what a motorist should do in each situation:

What To Know About Traffic Violations in Pennsylvania

Speeding is the most common form of aggressive driving, but it is not the only kind. Many of the things people most dislike about other drivers are forms of aggressive driving. As such, they can be prosecuted as moving violations under Pennsylvania law if they come to the attention of a law enforcement officer and seem to be impeding the safe operation of a vehicle.

Some forms of aggressive driving recognized in Pennsylvania are:

— Speeding, especially frequent speeding that results in a history of several tickets.
— Inappropriate following distance, especially for slower vehicles, also called tailgating.
— Trying to “beat” traffic lights or doing “rolling stops” at stop signs, even when alone.
— Inappropriate lane changes and U-turns: “weaving” through various lanes of traffic.
— Illegal passing, such as passing on the right, or passing when school busses are present.
— Failing to yield or creating dangerous driving conditions for other drivers in general.

Most forms of aggressive driving are prosecuted as misdemeanors. Unless there are aggravating factors such as driving under the influence of drugs or alcohol, these misdemeanors will not usually lead to time in prison. However, they can lead to substantial fines, which are often at the discretion of the responding officer and the courts.

Fines can range anywhere from $20 to hundreds of dollars for aggressive driving violations, and they have a tendency to go up as the motorist develops a reputation for violations. Of course, fines are not the only consideration: Pennsylvania, like many states, operates on a system of license “points” that can result in suspension of your driver’s license for aggressive driving.

Many aggressive driving violations result in just one point or half a point. However, some situations may call for two, three, or more points. The state consistently refines its system. However, there are some standards in place right now worth revisiting:

1) On the First Accumulation of Six Points

Upon accumulating six points on the license, a Pennsylvania motorist will be required to take a written exam focusing on safe driving practices, sanctions, and other safety issues. If the exam is completed with a passing score, two points may be removed.

The motorist may have his or her license suspended for 15 days, may be required to take a road test, or no action may be taken. If action is taken, two points will be removed from the motorist’s record.

A Pennsylvania Department of Transportation hearing is required.

A motorist may also have his or her license suspended for excessive speeding, any instance of speeding more than 30 miles over the speed limit. 15-day license suspension or other penalties may occur.

Under Pennsylvania’s system, reckless driving is treated as a serious moving violation which can result in many more points on a license. Reckless driving is also typically added to charges when someone has caused an automotive crash, has been involved in texting while driving, or has been distracted while driving due to use of other electronic devices.

One of the key motivating factors in a charge of reckless driving is distraction. If an officer can argue you willingly and intentionally allowed yourself to take your eyes off the road by engaging in a non-driving related activity, you may be charged with reckless driving even if you were not involved in any accident: For example, applying makeup while driving. No matter what type of traffic tickets you are facing our Tredyffrin, PA traffic violation attorneys can help.

Driving without insurance in Pennsylvania can be quite serious due to the state’s “No Fault” automotive crash laws, which require each motorist to carry a minimum of $15,000 coverage in liability insurance in case of a bodily injury. A minimum $300 fine is required. First offense may result in a three-month license suspension. The vehicle’s registration may also be suspended. If you have been ticketed or received a violation for uninsured driving in Chester County, PA contact our West Chester Pennsylvania traffic ticket lawyers.

Driving with an expired registration may result in only a warning or fine at first, but should be dealt with as soon as possible, or penalties similar to driving without insurance may accrue.

In Pennsylvania, the penalties for driving on a suspended license vary. The variations occur with different levels of suspension. You may be able to continue driving with a restricted license, depending on the severity of your charges. In any case, your insurance premiums are likely to go up and you will be facing court fines and other consequences if you’re caught driving without a license. Let our Fallowfield Township traffic ticket attorneys protect your license and driving privileges.

When you seek a strong, compassionate and effective legal advocate, you need the help of our experienced Chester County traffic violation lawyers handling all types of traffic violations. Dial (610) 444-8018 today.